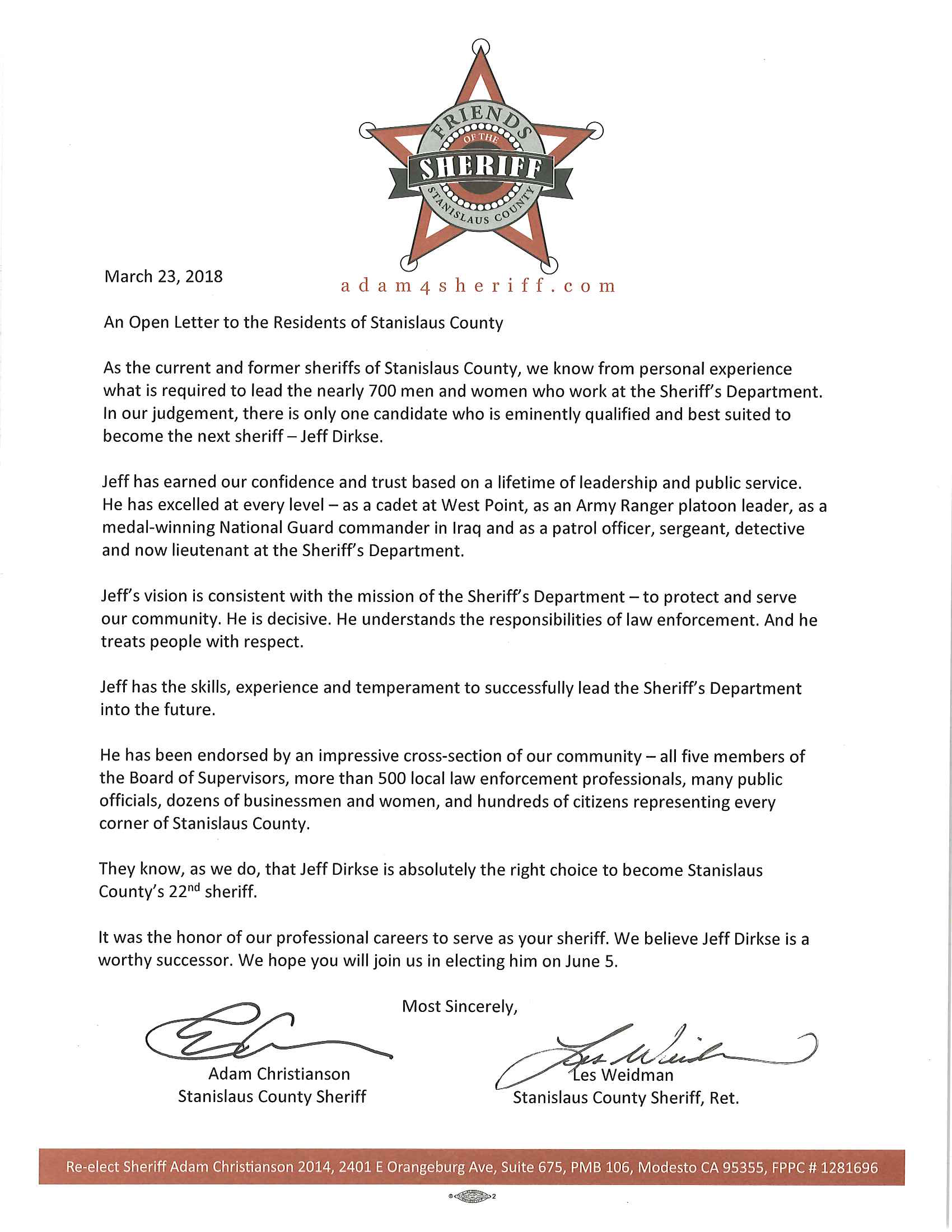 Dirkse is a lieutenant in the Sheriff’s Department. He is a West Point graduate, a former Army Ranger and National Guard commander who served for a year in Operation Iraqi Freedom. He joined the Sheriff’s Department in 2007 as a patrol deputy and quickly rose through the ranks. He became Patterson’s police chief in May 2015 as part of the county’s contract with that city.

In their letter, Christianson and Weidman say Dirkse earned their confidence “through a lifetime of public service.”

“We know from personal experience what is required to lead the nearly 700 men and women who work at the Sheriff’s Department,” they wrote. “In our judgement, there is only one candidate who is eminently qualified and best suited to become the next sheriff – Jeff Dirkse.”

They cited Dirkse’s vision for the department of service and public safety, and believe he “has the skills, experience and temperament to successfully lead the Sheriff’s Department into the future.”

“He is decisive. He understands the responsibilities of law enforcement. And he treats people with respect,” Christianson and Weidman wrote.