Jeff is a homegrown success story.

He grew up on a dairy east of Denair, learning the value of hard work at a young age. He excelled as a student and athlete at Turlock High, where he set his sights on an appointment to the U.S. Military Academy, which he earned in 1990.

The rigor of West Point provided the foundation for Jeff’s adult life, one dedicated to serving his country. He became an Army Ranger and commanded paratroopers at Fort Campbell, Ky., and Fort Lewis, Wa., earning the respect of his soldiers and his superiors for his leadership skills. By the time he left active duty in 1999, he had been promoted to captain.

He returned to Stanislaus County and helped to manage his family’s 550-acre farm. But after the Sept. 11 terrorist attacks, Jeff felt a call and an obligation to return to the military. He joined the California National Guard and was put in command of an infantry company, D/1-184 Infantry, headquartered in Oakdale.

In 2005, the 184th was deployed to Iraq and given responsibility for a sector in the Baghdad suburbs. They dealt with insurgents on a daily basis. Jeff spent nearly a year in Iraq, earning a prestigious Bronze Star for his leadership.

Many of the soldiers Jeff served with had ties to law enforcement. They encouraged him to pursue that as a career. In 2007, he was hired as a deputy by the Stanislaus County Sheriff’s Department. It was the only job he applied for. This area was his home and he wanted to serve the people who live here.

At the Sheriff’s Department, Jeff developed a reputation for leadership and vision. He began as a patrol deputy, but quickly was promoted. He became a STING detective, a rural crimes detective, a patrol sergeant and an internal affairs sergeant. He also supervised the Explorers for several years and developed an intern program to bring high school graduates into the department at age 18.

In May 2015, he was promoted to lieutenant and placed in charge of police services in Patterson. As police chief of one of the county’s fastest-growing and most vibrant cities, he leads a force of 28 deputies, sergeants and support staff. 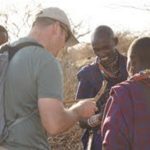 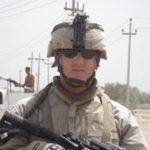 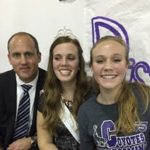 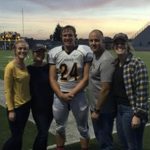 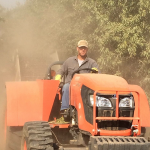 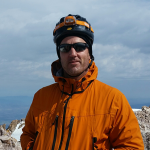 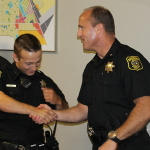 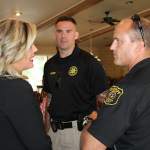 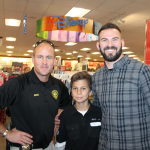 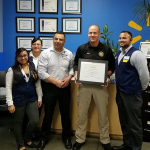 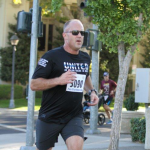 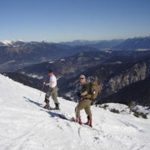 Jeff is a devoted husband, father, son and brother.

He and his wife, Sandi, met in third grade at the Evangelical Free Church (now Crossroads) in Turlock. They began dating as seniors in high school. They were married in 1994, two weeks after Jeff graduated from West Point, in his parents’ back yard.

It is the same home they share today with their three children – Anna, Abi and Jake. Jeff still works a 40-acre almond orchard on the north edge of their property. His mother and two of his four siblings live nearby. The Dirkse family attends New Life Christian Center in Turlock.

When not at work or involved with his orchard, Jeff likes to hunt, fish, hike, mountain bike, ski, paddle board, kayak and camp. He and his family also have traveled to more than a dozen countries.

These are the qualities that define
Jeff Dirkse, candidate for Stanislaus County Sheriff.